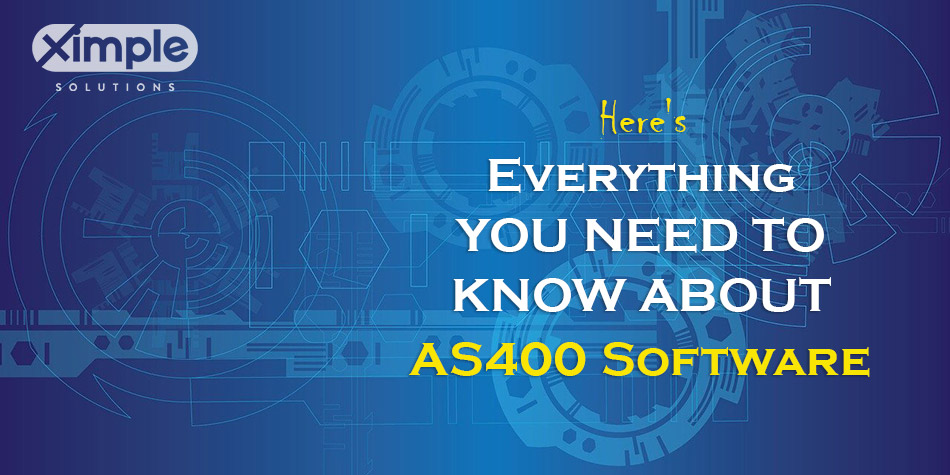 Here, we will show you IBM AS400 ERP Software, History, Benefits, Differences, Checklist and Challenges with Next Generation Cloud-based Ximple ERP Software.

AS400 Software is a mid-range server from IBM. Developed in 1988, AS400 iSeries is a foundation product that more than one hundred thousand businesses use today. Although AS400 Software System is not the most powerful software today, it matches the needs of several businesses. Don’t get confused if you also come across words like IBMi, iSeries, or System i. They all refer to the same thing. IBM recognizes all these names and uses them for branding campaigns only.

The operating system, OS400, also changed names over the years. If you come across i5/OS, or eServer i5 term, the person is talking about OS400. The IBMi system includes a combination of an interactive AS400 System database, networking, security, internet services, and storage management abilities. The main uses for the AS400 system are Java application development, web and ecommerce hosting, and data warehousing.

What is IBM As400 ERP? – History, Benefits and Challenges

IBM designed the AS400 about 33 years ago. The system was an integrated product featuring hardware and an operating system (software). The hardware was AS400 while the OS was OS400. Over the years, IBM upgraded the hardware and software to keep their mid-range product offering competitive. They also branded and renamed their product to align with the market and their offering. Currently, the hardware is officially called Power Systems and it runs an upgraded OS known as IBM i. The best-selling feature of the as400 system is its capacity to match with different applications.

Despite being old, the system is compatible with various applications, including as400 inventory management and accounting software. This is to means that you can run a program made for the original AS400 on a current Power Systems server without necessarily changing anything. Even with the notion that the system is outdated, several companies continue to use it due to this seamless compatibility. IBM habitually upgrades and improves its platform every two to three years. Here is a summary of its history:

AS400 system line with OS/400. All programs written for System/34 and System/36 could be shifted to the new AS400. System/34 and 36 were part of the company’s first line of minicomputers launched in 1979 that also included System/3 and System/32

IBM renamed AS400 System as iSeries

Benefits of AS400 ERP

Although it is a computer server that was made years ago, the iSeries computer is not dead yet. It has the following benefits:

Although featuring excellent technology, i5 system has its own challenges:

List of Major AS400 ERP, Accounting and Business Software

The Accounting and Business software tools that run on IBMi servers include the following:

No IBM AS400 is not ERP even though many novice users call it AS400 Enterprise Resource Planning Software. Think of AS400 as an operating system that works as perfectly as Microsoft Windows or Linux. The difference between other operations OS and AS400 System is everything in AS400 is defined as an object while other operating systems have files. Windows and Linux understand hardware and software items as files rather than objects. IBM AS400 or IBM iSeries platform is an integrated platform that includes IBM DB/400 databases, hardware, programming & software development environment and OS/400 operating system. Much mission-critical business application and ERP runs on this platform. Leading retailers, distributors, manufacturing and financial institutes uses AS400 for business application as it offers stability, reliability, high performance and security.

What’s different between legacy Software vs Next Generation of ERP

Legacy software systems are offline ERPs. That’s why they are called on-premise ERP systems. On the other hand, the next generation of ERP refers to cloud-based enterprise Resource Planning tools. When comparing the two, you need to pinpoint the differences. These are:

Software migration does not have to be difficult. Here is a checklist:

What are ERP upgrade benefits?

If you are using a legacy ERP system, it is important to upgrade it to get all the benefits that those who use the cloud-based new generation ERP receive. It is extremely important to upgrade to the latest version to get regular software updates, new features, service packs and more in real-time. An updated system will perform optimally and reduce your workers’ downtime. An upgraded system fosters speed when doing daily tasks and complies with government regulations like ISO, HIPPA, ACA and IFRS among others. As you upgrade to Cloud-based ERP from IBM AS400 ERP, it’s important to avoid any business disruptions.

Why Major Distributors are migrating AS400 ERP to Cloud ERP

These companies have realized that AS400 ERP is a good system but with the legacy syndrome. Once you have it you will only access it on your in-house computers or servers. It is harder to update while on the move, unlike the latest IBM iSeries version for the web. That’s why most organizations are looking to upgrade their AS400 ERP to Cloud ERP. A good consultant knows how to combine the best capabilities of System I with those of modern software.

What’s the benefits of APIs, microservices, Java and Angular Technology AS400 ERP?

Software consulting and development entails two kinds of architectures. One of these is microservices and the other is monolithic. The former is favored because it is more modern. In this architecture method, a single big application is split into tiny modular services. Agility and scalability are achievable when every small modular service assists a specified business goal. One code can be reused for a fresh implementation.

Lightweight APIs can be used to facilitate communication between modules. Microservices will enable a seamless integration process when moving from an on-premise system to a cloud-based ERP system. Java, Angular, React, Node, Php, and many other programming languages could be used to implement Microservices & APIs architecture to modernize ERPs. They are easy to read especially when working with complex systems and Jave EE standards match the microservices’ application like JAX-RS for APIs. 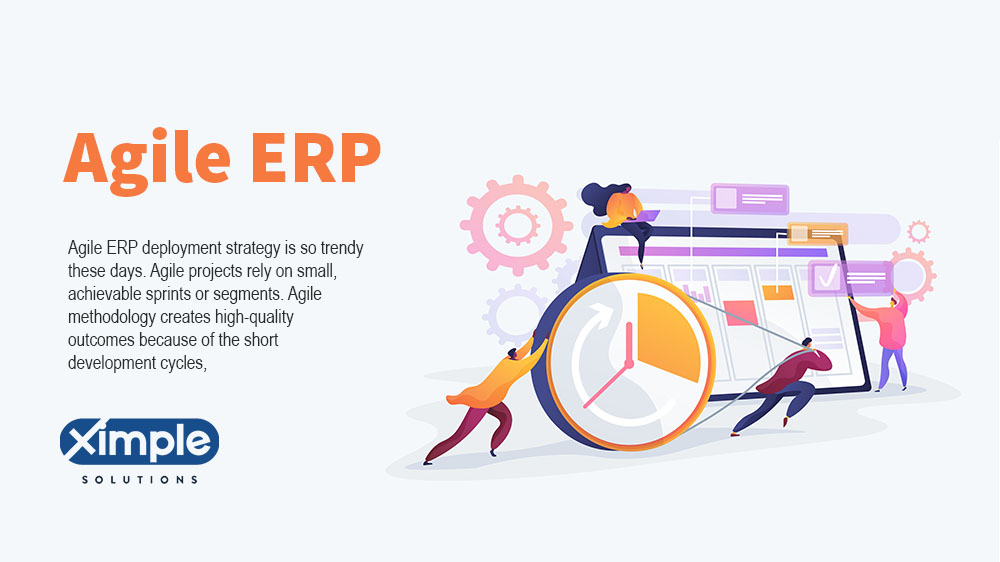 What is Agile ERP? 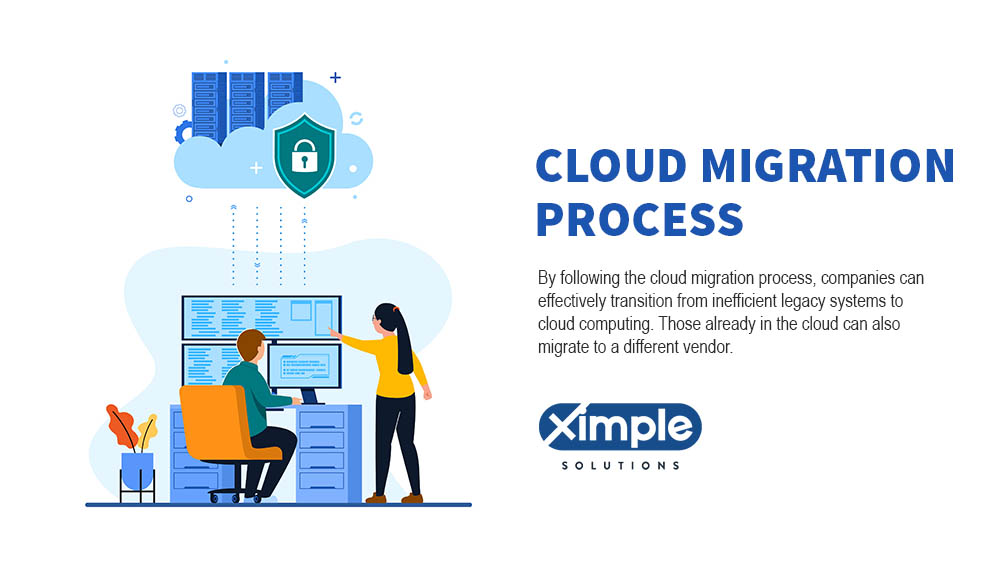 What is Cloud Migration Process? 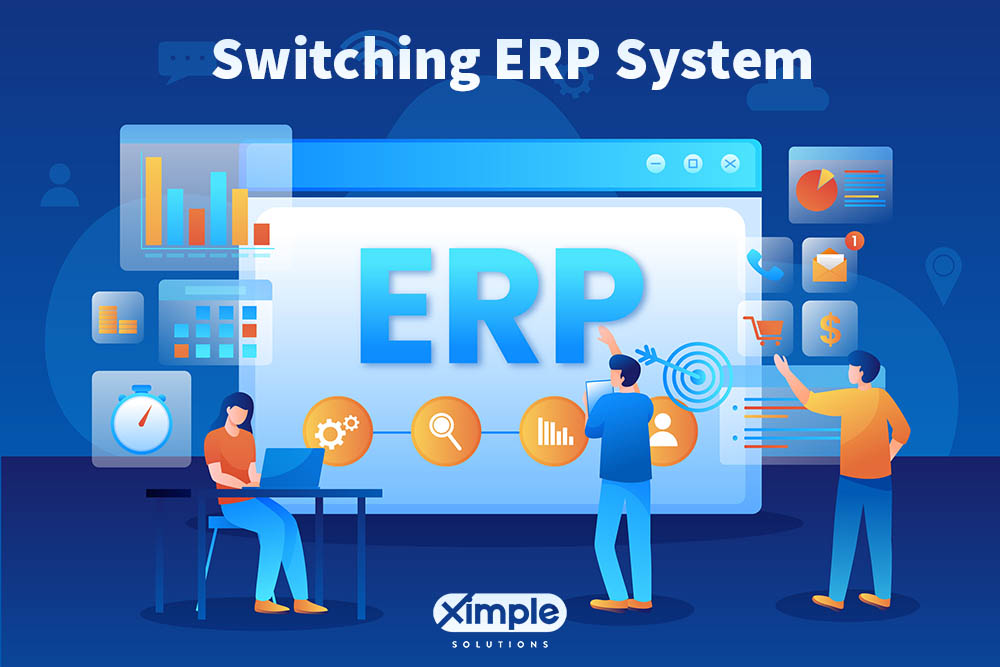