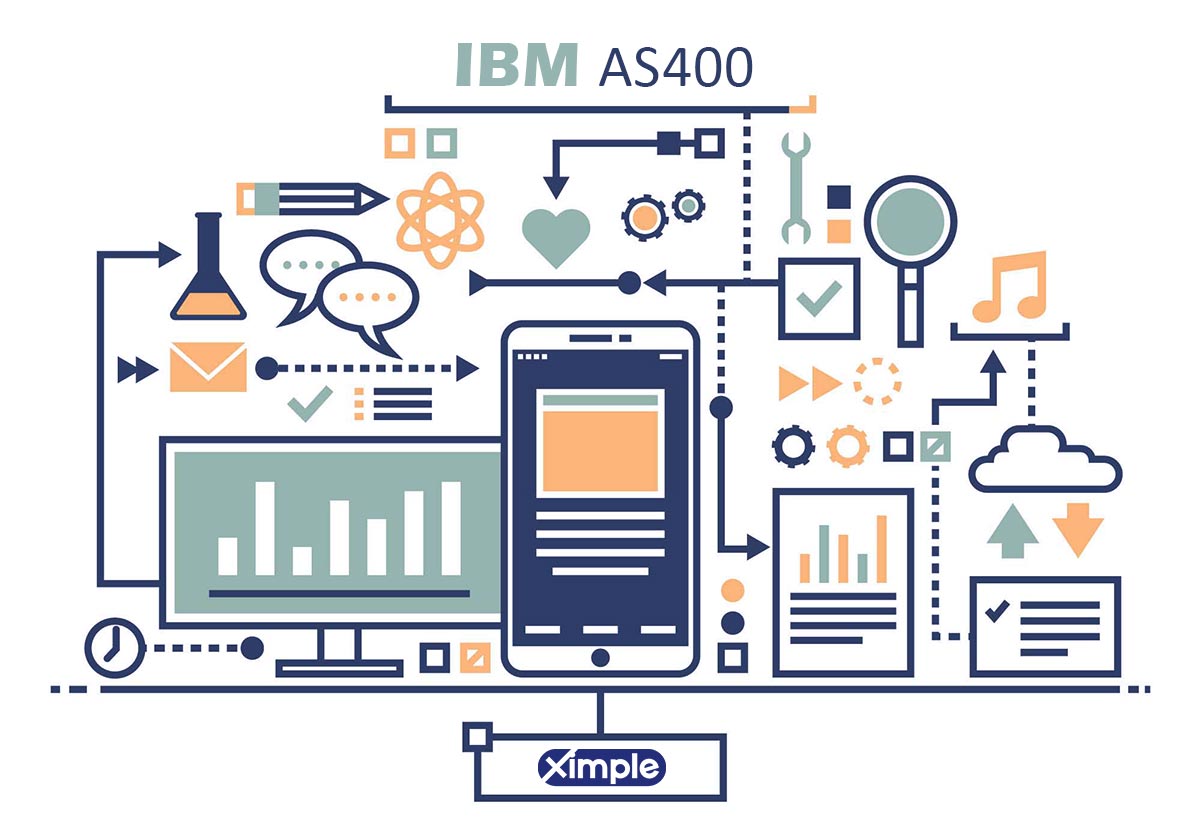 IBM AS400 is Most secured, Stable, Reliable  and Scalable Platform Web & Mobile Business Applications. It is an application system from IBM. AS/400(Application System/400) emerged in 1988.It included a group of user-friendly computers for SMEs.The initial AS/400 B-series models included the IBM 9404 and IBM 9406. The AS400 operating system quickly became a success. History shows that IBM had shipped almost half a million as400 models by 1997. There was no doubt that the Application System 400 was helpful before the immense growth of technology. Even though some organizations still use it, most companies have stopped or have integrated it with modern software. This leads to this question: is the IBM series still alive, or is it dead? We will try to answer this question below.

The first IBM’s AS400 computer system emerged in 1988. It consisted of the operating system called the OS/400 and the hardware system called the AS/400. Additionally, the first production had an integrated database and other core functions. Over the years, the AS/400 and OS/400 have seen many upgrades.

Before it came to be, IBM had made a computer using the object-based OS in 1978. It was called System/38. The relational database found is similar to the Db2 we know now. Also, some of its concepts made the AS400 software system run smoothly. In 1983, the company made another computer system called System/36. It used RPGII as the primary programming language, and it was only a file management machine.

In 2000, IBM branded the AS/400 again to eServer iSeries and had the OS/400 operating system. This became a server for running internet businesses. In 2006, the company released the iSystem server that consisted of the i5/OS operating system. It became an alternative for companies that would not run the Windows OS.

In 2008, the company released the Power Systems or IBM Power. It was a combination of i5/OS (now called IBM i) and the Unix (also called AIX) OS. Power Systems have a built-in database called DBMS, DB2/400. It provides web-based applications that are easy to execute in MySQL or PHP with an Apache server. Although IBM has rebranded its product over the years, it has retained compatibility.

Hence, it is easy to run the initial AS/400 programs in the modern Power Systems without an issue. As a result, some companies have been unable to stop using the as400 i series. There is hope because IBM updates its IBM i series every three years.

What are the characteristics of AS/400 e-server i-series?

The main characteristics of the AS/400 include the following:

Up to today, some companies continue to use AS/400. About 10.1 percent of organizations run IBM i with their servers, according to iDatalabs. After HP, IBM AS400 comes second in terms of popularity. IBM’s product use is more prevalent in the manufacturing and IT fields. However, the use of AS 400 operating system runs across many industries around the globe. For instance, Robert Bosch, a German multinational business, is among the top users of IBM Power Systems. Generally, the platform finds use in organizations of all sizes.

Why do companies still bother to use AS 400?

There are claims that IBM does not offer technical support to companies that adopt cloud computing. There are also views that as/400 is obsolete and might be dead. Even with such knowledge, why do some companies still use it? Those who use it run it as an as400 ERP system. Its mainframe works for most manufacturers, SAP users, and database management systems.

With the growth of AS/400 cloud that works with many applications, most companies won’t stop using it. Besides, some retailers like the item because of being cost-effective and scalable. Here is are more reasons why some companies still run the AS/400.

These are the technologies within the IBM AS/400 i-Series. It entails the Integrated Web Service server, which allows execution of objects as web services. In this regard, AS/400 i-series cloud offers all the benefits of cloud hosting. It is flexible, scalable, and secure. With this form of cloud computing, organizations can run swiftly and reduce their operation overheads.

As companies should pay for their resources, they can reduce their running capital. When making significant changes to their operations, companies can manage their resources and achieve their plans with ease using AS/400 i-Series.

Additionally, those running in the AS/400 cloud can avoid database licensing costs when shifting from another platform. Above all, the as400 shareware can make your Information Technology environment more straightforward and agile.

Top facts about AS400

An as400 system operator knows these facts about their platform.

What are the new uses of iseries AS/400?

According to IBM, its platform can achieve the following things for you:

Are you asking this query: is as400 dead or alive? The answer to this is no. IBM i is active and more scalable. It fits businesses of all sizes as it can grow with their needs. IBM i as400 cloud series ensure 100 percent uptime and run existing programs like C++, Java, RPG, SQL, Angular, node.js, React and PHP. Lastly, we love the IBM as400 iseries for being more compatible. Its high performance and reliability  (99.9%+ uptime) are the same as they were in 1988. 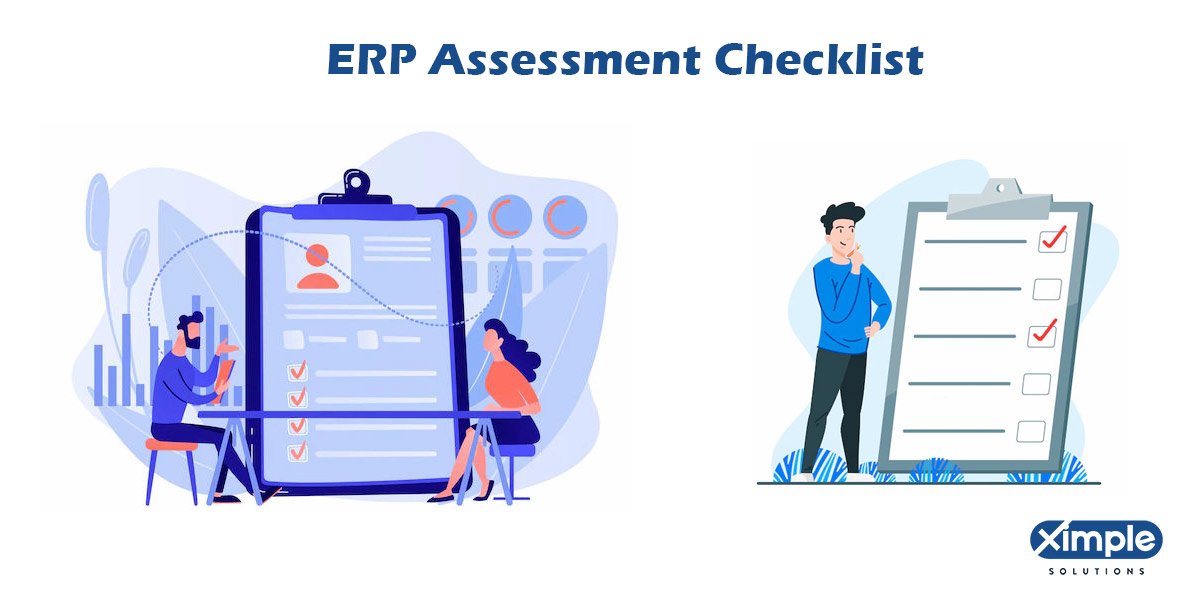 The business management ERP is a must-have nowadays. However, the success of the ERP implementation process is the bottom line. If you fail to execute ERP well, you might waste money, time, and other resources. When you conduct an ERP assessment checklist and evaluation process, you can pinpoint weak areas and deal with them early on. An ERP readiness assessment during the implementation phase is so imperative.

It can help an organization determine if it is ready for significant change. Do you have the funds to complete the process? Can you trust your team to complete the project successfully? The Cloud ERP software implementation process is lengthy and expensive. Although assessing it does not guarantee success, it can reveal the weaknesses and shortcomings of failure.

Why undergo an ERP assessment?

When doing a capital-intensive project like ERP implementation, an organization has to do its best to succeed. Whether it is getting the most talented team of programmers and analysis or spending a lot of money, a company aims only at success. One way to ensure success is to carry out an ERP assessment. Even if a company can gather vast amounts of money, it can squander it through poor planning and execution processes.

Organizations are expanding beyond country borders as technology wheels continue to roll. A company thirsting for success must define ERP and describe ERP functionalities correctly during the implementation process to keep up with the pace of change. That is where the ERP evaluation comes in. Whether upgrading your enterprise resource planning software or getting a new tool, you have to assess the execution process very well. Those doing it for the first time should evaluate the process for these reasons:

As an older company with running ERP software, you might assess your ERP program to:

At what point can companies using ERP know they are not benefiting? How can businesses not yet using ERP realize it is time to implement it? The indicators include the following:

Has your organization outgrown its current software system? If so, explore this question before choosing ERP. It is crucial to do this even if you run ERP already. Here are the readiness questions you need to ask as an organization.

When carrying out a comprehensive ERP assessment, what process should you include? Consider the following ERP assessment checklist when making your decisions. It shows the angles from which you should review your ERP software. These include the following:

Explore the basic concepts of ERP and see how they can boost your accounting and finance. If your company runs multiple distribution channels countrywide or globally, can your access ERP platform simplify the accounting functions? Multiple branches have separate accounting and financial data. You need a system that can handle all of them without a single error. Productivity –This checklist assesses how an enterprise resource planning system can make the organization more productive. The productivity checklist seeks to know if the ERP system can help remote workers perform their job on mobile devices. Will it boost the speed at which tasks run?

The information technology team can handle this checklist better than everyone. However, it should not exclude the managers and other stakeholders. The software will serve the entire organization, so everyone should understand and accept it. The ERP assessment checklist is a matter to discuss in this step. You need a vendor who can provide the best software without hiding charges.

This checklist assesses the actual worth of the ERP package. Will its benefit outweigh to cost of acquisition and lifetime management?

The implementation team wants to evaluate the chances that the client ERP platform can eradicate or minimize. It also considers the security loopholes in the current system and identifies how the ERP can mend them.

The ERP evaluation framework is broad. It provides a clear picture of the people, processes, and technologies that a company has. It evaluates each department, including accounting and finance, inventory and warehouse, marketing, procurement, customer relations, and more. Because of how broad the ERP assessment task can be, it requires caution and expertise.

Although the in-house team can do the exercise, it is better to employ a third-party professional. The internal team can provide a non-biased evaluation of the system. After reading a thorough assessment report, the organization can buy the best cloud enterprise resource planning software for its needs.

Also, it can use the findings can allow the team to create logical ERP vendor selection criteria. After choosing the best vendor and product, the team can consult the report again to map ERP implementation.

It is vital to assess an existing or upcoming ERP software system. The review process will show where and why the current software infrastructure has failed. It will probe deeper to identify the cause of those challenges and risks and the best ways to solve them. The evaluation and selection of the ERP package ensure that no resources go to waste. It is so crucial for organizations to skip it. It reveals what is not working, what is working, and which areas could require improvement.